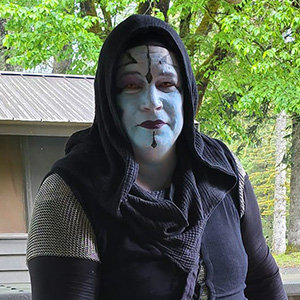 An alien is a humanocentric biological - and sometimes political - term to describe a sentient species other than a Human. It is often used interchangeably with the term Non-Human. The term may have been derived from the first impression of early Humans when they had their first contacts with species from other planets. However, it seems to have remained prevalent, even in subsequent millennia.